Thanks to their iconic brother, Kenneth ‘Babyface’ Edmonds, brothers Kevon and Melvin Edmonds made quite an impact in the entertainment industry dominating the 90’s with hits such as Ready or Not, Can’t Stop, and In the Heat of the Moment. The trio also consisted of childhood friend, Keith Mitchell, and together this dynamic group became AFTER 7.  They have millions of fans, and have dominated the charts with many of the hit toppers.

Melvin Edmonds left the group in the early 2000’s, due to health issues, and was replaced by his son, Jason. The group continued to go on tours keeping their signature sound and legacy alive for their fans. As the Host of The Living By Design Show, I had an opportunity to interview the trio in November 2017 to discuss their new “Timeless” CD. Kevon explained that the reason for creating this masterpiece was so that the group could reunite with their brother, Melvin, to create magic again. The CD had several hits, and was recognized with two awards.

Recently, Melvin lost his battle with an undisclosed illness he had struggled with for years, and on May 18, 2019, he passed away leaving millions of mourning fans. The Living By Design Show re-structured the November 2017 interview into a tribute re-mix show to honor Melvin, and Diversity Focus is sharing this interview tribute with you. We loved Melvin, and the torch has now permanently been handed to his son, Jason. Cathy Holloway Hill, Host Living By Design Show, Contributing Writer, www.chollowayhill.com cathy@chollowayhill.com

Rest in Peace Melvin Edmonds. The world will miss you. Subscribe to our “Living By Design TV Show” channel by clicking this link: https://www.youtube.com/channel/UC-QynkDSgknI3nvBiPU3ijg 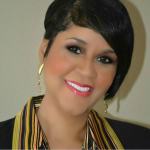